Disneyland is Closed. But La-La Land is Still Open. 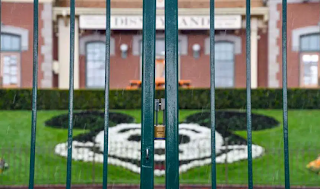 25/4/2020.  Disneyland is Closed. But La-La Land is still open.  Stocks still look expensive according to the important price-earnings ratio.

The stock market is a kind of forecasting machine. Based on known data, the price of a company's share represents investors' consensus (a.k.a. best guess) of the value of the firm. This best-guess can be affected by all sorts of random noise, as well as market sentiment, but the collective wisdom of crowds often has a spooky way of being 'right'.


Dart-Boards and Blindfolds at the Ready!

The problem with forecasting is that you need to start with good data. The fewer good data you have, the more likely your best-guess becomes a wild-guess. That's why professional and retail investors pay so much attention to the analysts' earnings forecasts for stocks.

For each one of the world's top companies there are dozens or hundreds of analysts, hired by stock-brokers and asset managers, to study the business in depth and publish estimates about the firm's prospects; in particular, growth of future earnings. This is important, because part of an investor's concept of a stock's worth is the present value of the future cash flow from anticipated dividends.

The stock market's forecasting machine therefore pays a great deal of attention to analysts. And naturally, the meat portion of any analyst's diet is the 'earnings guidance' from the company being researched.

'Earnings season' happens four times year, when companies publish their results for the previous quarter, and commonly offer earnings guidance for the upcoming period. Earnings guidance is forward-looking, whereas actual results are the rear-view-mirror. So, it's very possible for a firm to have good quarterly results, but see the share price fall because of poor earnings guidance.
Earnings guidance is governed by fair disclosure laws, and is the only legal way a company can signal to the market it's expectations for the future. Some companies have stopped giving earnings guidance, taking the view that it encourages short-termism.

Other firms believe that a benefit of earnings guidance is to reduce volatility in the company's share price. The theory being that a firm can avoid wide dispersion in analysts' assessment of future prospects, by communicating it's forward view for analysts to use as an input to their forecasts.


Ok Roy, we get the importance of earnings guidance to stock prices, .. so what?

Here's the thing. In the face of the economic disaster that faces us right now, many, many companies have stopped issuing earnings guidance, either quarterly or annually.


Since 16th March, almost 500 US companies have withdrawn either annual or quarterly guidance, of which at least 86 are S&P500 companies.

Why? We can conceive of two key reasons:


So What Is The Prospect For Earnings?

Pretty poor. The US is rather an insular, consumer-driven economy. If consumers aren't spending, the economy suffers. And,


Since mid-March, 26 million Americans have lost their jobs, bringing the unemployment rate to somewhere between 15%-20%. 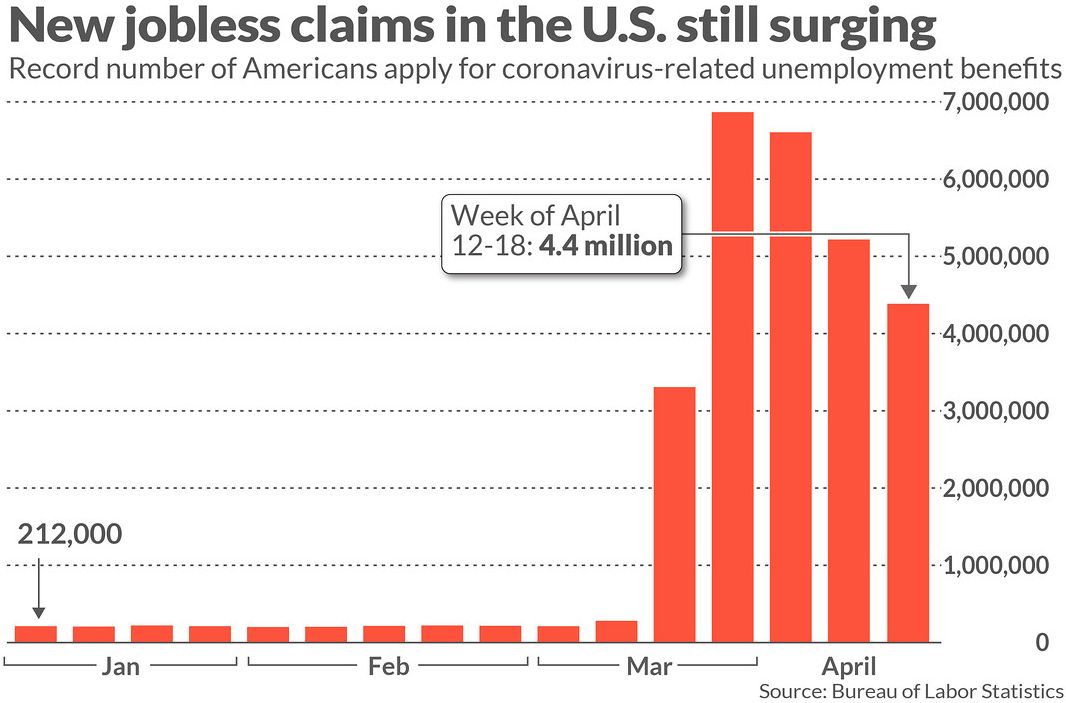 People are losing their jobs by the millions because economic activity has fallen through the floor. According to IHS Markit, publishers of the monthly flash PMI (Purchasing Managers' Index) survey:


"The COVID-19 outbreak has dealt a blow to the US economy of a ferocity not previously seen in recent history. The deterioration in the flash PMI numbers indicates a rate of GDP contraction exceeding that seen even at the height of the global financial crisis." 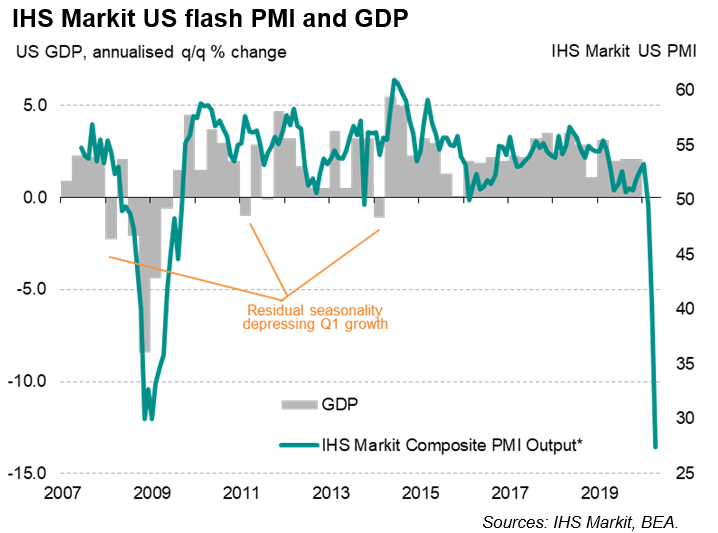 And it's the same story across the Eurozone, the UK, and Japan.

In the Eurozone, the composite PMI plummeted to an all-time low of 13.5 in April, down from a prior record low of 29.7 in March. By comparison, the lowest reading seen during the global financial crisis was 36.2, reached in February 2009. 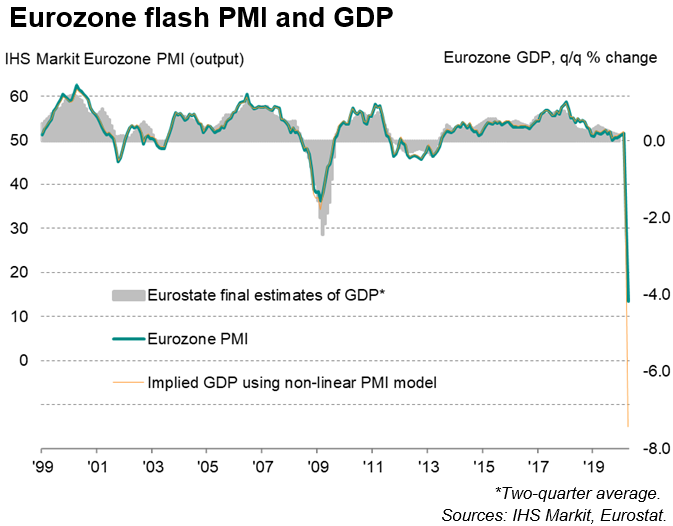 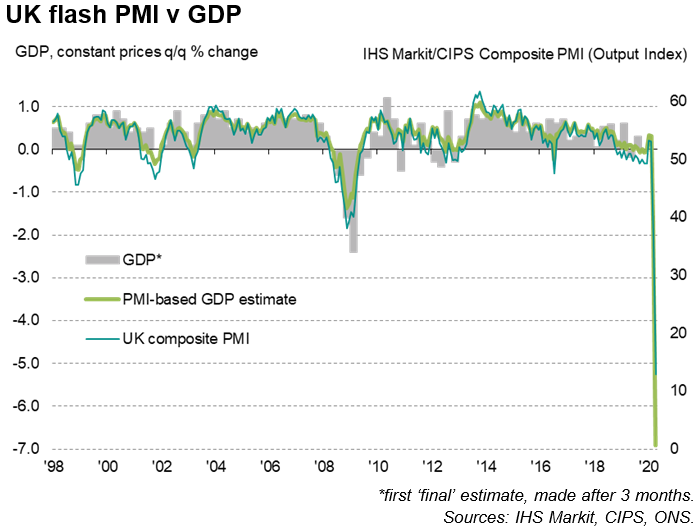 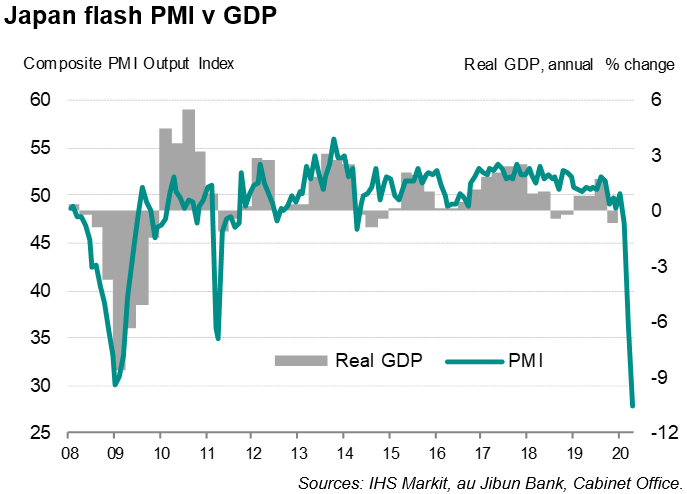 Unlike rear-view indicators like unemployment claims, GDP numbers, or corporate earnings, PMI data are partly forward looking, to the extent that the survey collects information on future activity and future output.


Ok Roy, so prospects for earnings don't look great in the near term...

... but stock markets have already fallen, a lot.  So in spite of the recent rebounded, they must be good value, right?

Most investors are familiar with the price-to-earnings ratio (PE ratio) of a stock, which is the price-per-share divided by earnings-per-share (EPS). PE is also sometimes called the earnings multiple or price multiple. The PE ratio is seen as a measure of whether stocks are 'good value' - a relatively low PE means that stocks could be considered cheap, whilst a high PE means stocks could be seen as expensive.

There are a few versions of PE - 'TTM PE' (trailing twelve months) which uses actual earnings figure for the last year, and 'forward PE' which uses the company's forward guidance and consensus estimates of expected earnings per share.

Let's look at the forward PE for the S&P500, right now (source Bloomberg via FT): 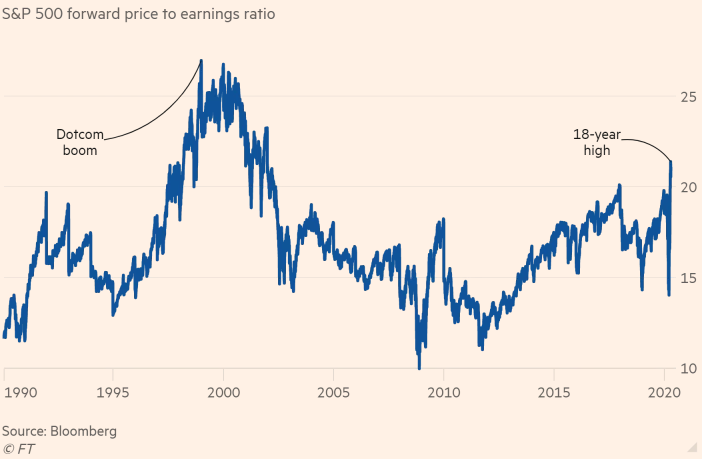 The current forward-PE on the S&P500 (which incidentally accounts for about a third of global market capitalisation), is at an 18-year high. Higher than prior to the global financial crisis.

For sure, some investors are looking past the next three quarters and into 2021 and beyond. And we have seen a good stock market recovery over the last month.  But the forward PE implies that at current prices stocks should be considered expensive, relative to the last two decades.

There is huge uncertainty about how the economy will recover, and how (and when) that will be reflect through to corporate earnings.  According to the price-earnings ratio:


If it turns out that earnings haven't been revised down enough, then stocks will seem more and more expensive unless prices decline.