New British Expat? Here's How To Ensure No Liability For UK Income Tax 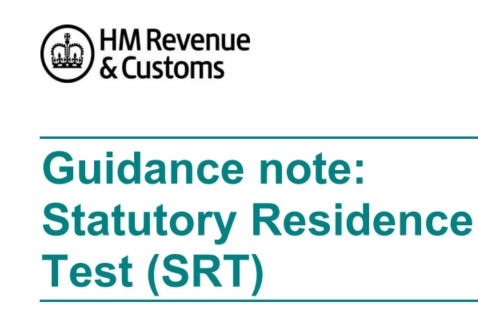 Whether you pay UK tax depends on your residence. Non-UK residents will pay tax on their UK income, but not on their foreign income. So, if you live outside the UK, what counts is whether HMRC considers you to be non-resident for tax purposes.

A few years ago the UK introduced the Statutory Residence Test.


Split-Year Treatment – Does It Apply To You?

When you move in or out of the UK, the tax year is split into a resident-part and a non-resident-part. You only pay UK tax on foreign earnings based on the time you were living in the UK. This is called Split-Year Treatment.

You don’t need to claim split-year treatment – it’s applied automatically; but you won’t get it if you live abroad for less than a full tax year. There are other conditions you need to meet, and the HMRC rules break down an individual’s situation according to several defined ‘Cases’.


For UK expats starting work full time overseas, Case 1 is likely to be most relevant.

You may meet the criteria for split year treatment for a tax year in which you begin full-time work overseas. You must:
In the context of Case 1
A relevant period is any period consisting of 1 or more days that:
You will satisfy the overseas work criteria if you:
The permitted limit on days is as follows: 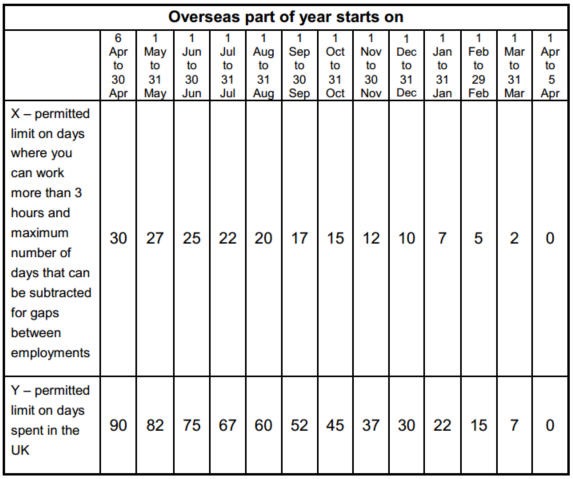 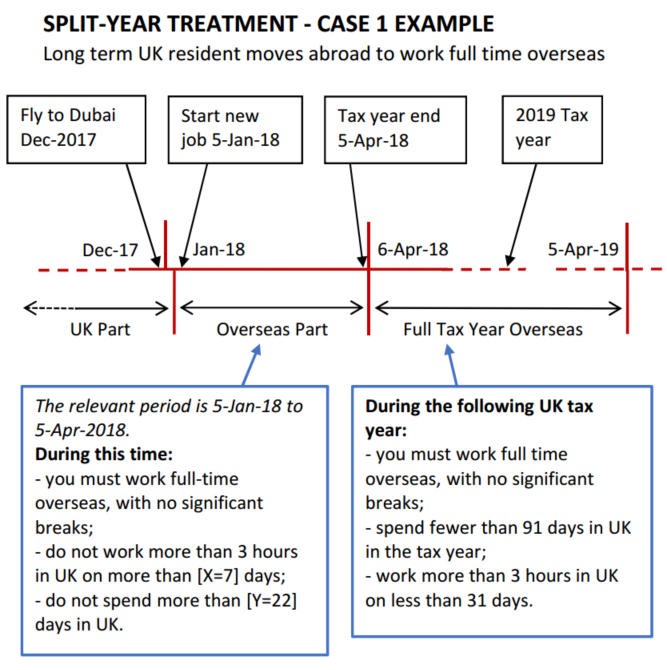 The SRT is complex, and the information in this article is just a summary only. The HMRC guide to the SRT is 102 pages! The above simple tests at the top of this article are not the full story – there are additional automatic UK tests and automatic overseas tests. These are applied per a flow-chart, detailed below. 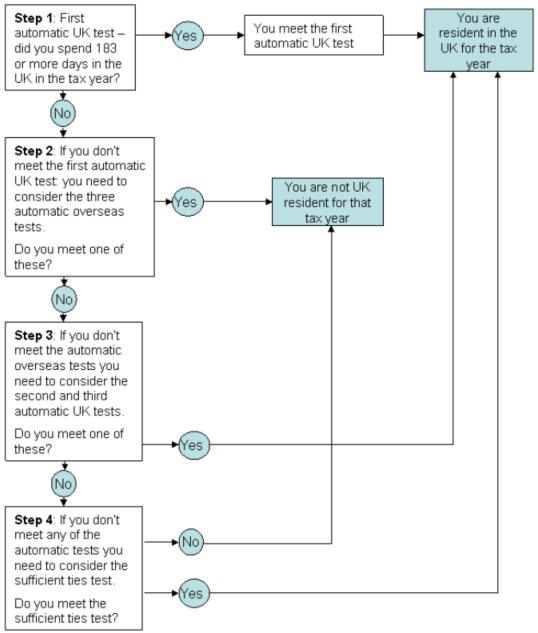 The automatic overseas tests are defined below

First automatic overseas test - You were resident in the UK for 1 or more of the 3 tax years preceding the tax year, and you spend fewer than 16 days in the UK in the tax year.

Second automatic overseas test - You were resident in the UK for none of the 3 tax years preceding the tax year, and you spend fewer than 46 days in the UK in the tax year.


Here are the second and third automatic UK tests

Second automatic UK test - The second automatic UK test is relevant if you have or had a home in the UK during all or part of the tax year. You will meet this test if there is at least 1 period of 91 consecutive days, at least 30 days of which fall in the tax year, when you have a home in the UK in which you spend a sufficient amount of time (30 days), and either you (i) have no overseas home, or (ii) have an overseas home or homes in each of which you are present (for no matter how short a period) on fewer than 30 days in the tax year (the permitted amount of time).

If you believe your situation is complex enough for these tests to be relevant, you should definitely get advice from a UK tax accountant.