What Can Bitcoin Teach Us About Retirement Planning? 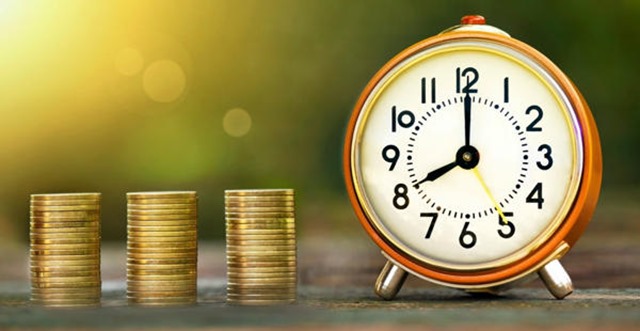 So, you’re in the pub one evening, and a friend tells you about some fancy ‘investment’ called cryptocurrency. It all sounds a bit fishy.

“I’ve been getting eight percent growth per month”, he says.

You’re still a bit sceptical, but you drop $100 into the crypto.

A month later, you’re back in the pub.

“What do you think?”, says your friend.

“Well, I’ve been putting in a thousand a month. I started ten months ago. My investment is now worth $15,650. Make hay while the sun shines, my friend!”

You get it. There’s an opportunity here. Your drinking buddy is onto something. That evening you go online and look through all those old bank accounts you’ve forgotten about. You manage to scrape together a bit of cash, and drop it into the crypto.

When payday comes, you break your usual routine. You make excuses to the gang, and don’t go to the pub that evening. Instead, you invest the money you’ve saved into the crypto. Later that weekend in the supermarket, you find yourself not buying branded items, but the generics. It’s the same anyway, isn’t it?

Your excitement is building. You had been thinking of buying a new watch, but instead you’re going to invest that money also. Two watches next year are better than one today, right?

It’s summer, but you decide to put the aircon on low power. You can live with a few degrees hotter. Your partner has been looking a holiday destinations online. You make excuses and say with the pressure of work you can only afford a long weekend somewhere local.

Now you’re really cooking.  You find yourself being even more stingy with yourself, so you can save more into this amazing crypto investment, that’s giving you more than 150% annualised growth.

Ten months have passed, and you’re back in the pub with your friend (who is now your best mate).

“This is just amazing,” you say, “I’m investing whatever I can, and the growth is great!”.

“Well, remember I told you to make hay while the sun shines?”

“I’ve got an inside track on this technology. We’ve only got another ten months to go before this all comes to an end. Make the most of the next ten months, buddy!”

And you do. You start to feel a panic setting in – how do you get as much money as you can into the crypto investment? You don’t trade up your car like you normally would, but keep it another year. You think about cancelling the TV channels you don’t watch any more… but, hell, you know what? Cancel the whole package. I can watch TV next year.

Every single penny you can scrape together is going into the crypto. It’s growing beautifully, but now you’ve only got five months left. Full on panic.

You’ve stopped going to the upscale supermarket and only shop at the discount warehouse. Same is true for your clothes. No need to get new shirts just yet. Only a few more months to go…

Now… Let’s stop and think. Most of us can relate to this situation. We can feel the positive excitement of cash growing, and the ‘sense of urgency’ created by a deadline. Let’s face it, twenty months isn’t long to capitalise on the opportunity.

In this situation, there’s no better place for spare cash than being invested. We’re getting paid for making sacrifices. Saving $1000 monthly at 8% growth per month would create a fund of almost $50,000 in twenty months. From $20,000 saved.

At 4% withdrawal rate, that could give you a sustainable income equivalent to $20,000 annually for life (depending on market conditions), and still have something left over for your kids. Want twice as much future income? Save twice as much now.

Now, think to yourself: do I have enough sense of urgency saving for my own retirement?