Home » Must Read , Retirement Planning » Will I Have Enough Money To Retire?

Will I Have Enough Money To Retire?

Imagine that on the day you retire, you have a liquid retirement fund of $1,000,000. What retirement income could you draw each year? 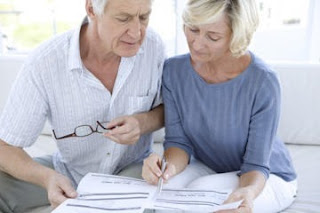 Of course, the answer to the question depends on many variables, not least your expectation of a long life in retirement. So let’s assume that you’re planning for a period of 30 years, because you’re retiring early and expect that for you and your spouse, either or both might live another thirty years.

First, let’s look at a traditional way of providing retirement income - conventional annuities. When you buy a fixed lifetime annuity (or in the US a single-premium immediate fixed annuity) you are entering into a financial contract where you pay a single premium now, to enjoy a guaranteed income stream until you die (that may or may not be escalated to account for inflation). In simple terms:
Examples only:

Women live longer than men on average, which is why annuity rates for women are usually lower. However a legal case (March 2011) at the European Court of Justice ruled that gender cannot be used as a risk factor when determining annuity rates. Hence, from end of 2012 the rates for new annuities for men (supposedly) went down.

Another quirk is this: in the UK, annuity providers (life assurance companies) use location as a risk factor. The means that your postcode can affect the size of pension you receive from an annuity.

The major advantage of an annuity is the guaranteed known income; think of it as insurance against a long life!

There are several potential disadvantages of annuities, especially for expats who may have built a sizeable retirement fund outside of any onshore pension structure.
Annuities can serve a useful function for some people when planning for retirement; however other options may be more appropriate.

So let’s go back to that $1,000,000. If it was sitting in bank account at zero interest, and we wanted to take a fixed amount each year for thirty years, we could withdraw $33,333 each year - and have nothing left other at the end.

But there are two other factors at play. Firstly, let’s assume that your fund is invested into assets that yield a gross per annum return of 7 percent. Secondly, let’s assume that inflation is running at 2.5 percent and you want your retirement income to keep pace (a good idea for thirty years!).

Given the above assumptions, what would happen if you started with an initial income withdrawal of $60,000 per annum (taken quarterly) from your retirement pot? The following chart shows the result:

Well, that is fine perhaps, as long as we don’t live longer than thirty years, and don’t wish to pass on a legacy to the next generation! $1m in capital has been depleted to nothing. The problem is, the effect of keeping pace with inflation means that over time the amount withdrawn each year becomes a larger and larger percentage of the remaining sum.

What is the alternative? Consider this: the fund growth is 7%; inflation is 2.5%. The difference is 4.5%. In other words, if each year we withdraw no more than 4.5% of the retirement fund, then the fund itself can grow at 2.5% in line with inflation. Hence, the annual withdrawals can keep up with inflation so long as they are never more than the difference between fund growth rate and inflation.
Let’s take another look at that chart, if we stick to that rule…

The above scenerios assume a fixed growth rate of your retirement fund and a fixed inflation rate every year. In reality, these will be different year to year. But, so long as withdrawals adhere to the rule - never withdraw more than the difference between growth and inflation each year - then both your income and the fund will grow at least in line with inflation.

Therefore in our example, for capital preservation, the maximum withdrawal per annum is 4.5%, but will vary from year to year.

In summary, as a rule of thumb for financial planning purposes, a percentage of around 4-5% per annum is considered acceptable for income drawdown with capital preservation.


In other words, if you’re planning for an initial retirement income of $50,000 per annum and you want a reasonable chance of keeping pace with inflation, you need to plan for a retirement fund of $1,000,000.

Of course, not everything is always as straightforward as we would like. If times of high inflation are looming, it may both damage our ability to grow savings in real terms, and also have a serious impact on effective in-retirement wealth management. But statistically if we use no more than 4-5% as a withdrawal rate, we have a good chance of sustainable income drawdown for thirty years or longer.